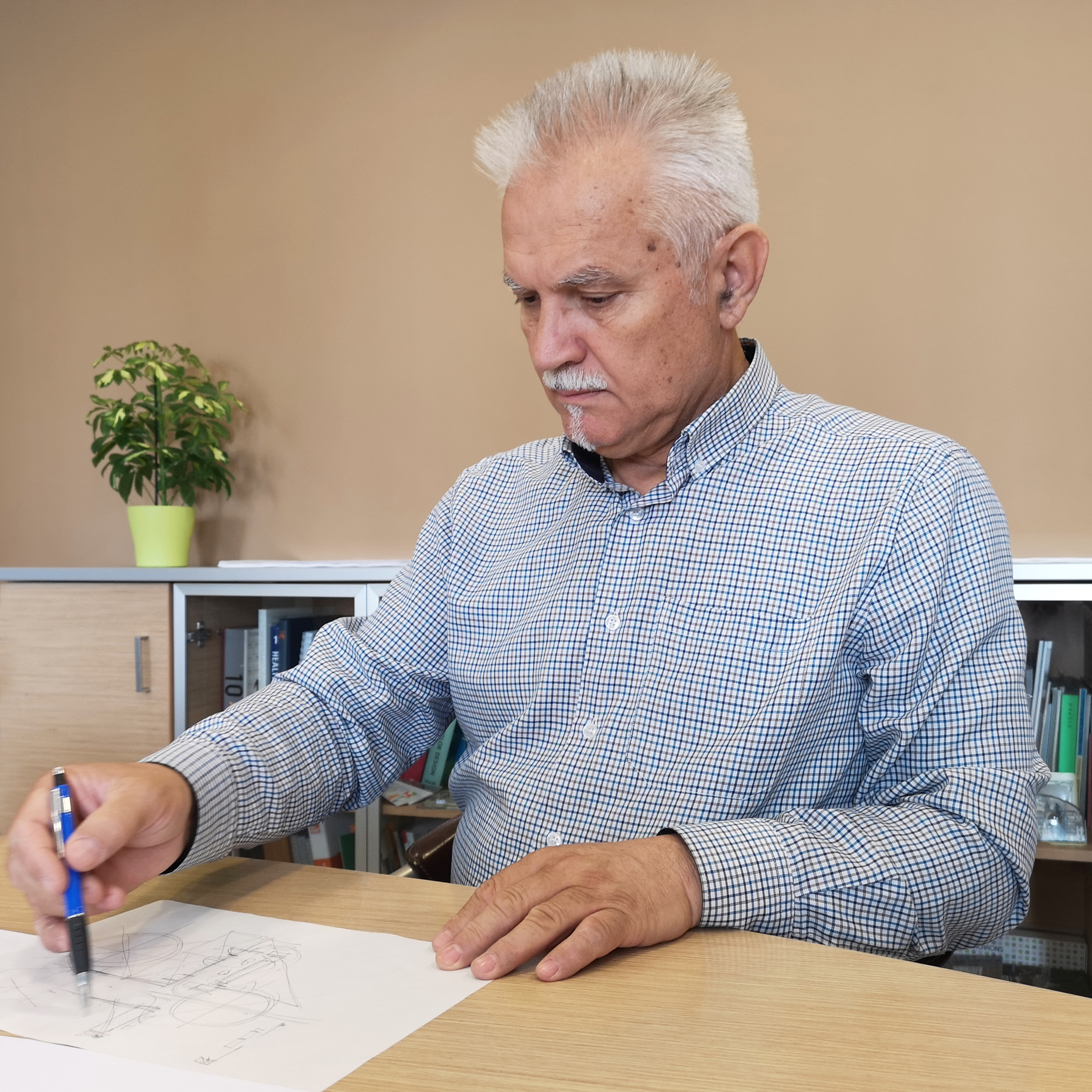 Ilija Stojchevski was born in 1956 in Staravina. He finished his secondary education in in “Nikola Karev” High school in Skopje. In 1981 Ilija graduated at the Faculty of Architecture within “Ss. Cyril and Methodius” University in Skopje. Untill 1983 he worked as architect external co-worker whit the Bureau for Architectural design by The Faculty of Architecture in Skopje. Between 1983-1986 he worked as site architect in building company Granit- VI Construction site. Since 1986 untill 1996 he became General engineer architect in building company Granit- Granitproekt-Skopje. In this period of time he has been working in many projects, more significant are:

In 1990 together with his spouse Monika Stojchevska founded Atelje proekting, where he works as head architect, supervision engineer and project manager. During his many years in Atelje proekting, Ilija has designed many residential buildings, interior designs, reconstructions, also public and commercial buildings. More significant are:

Ilija is architect of many аwarded projects in both domestic and international competitions. He won the Great prize for Architecture for completed project Hotel Granit in 1993. The most significant award is the First prize, won at the competition in 1994 for the Theatre J.H.K. Djinot in Veles. Later he designed the architectural project and interior design project for the theatre and participated as a on- site supervisor until its completion.